Chibang is a Chinese and Mexican restaurant on Carnival’s Mardi Gras. It offers a variety of dishes, including tacos, quesadillas, and fajitas. The menu also includes many appetizers and desserts. 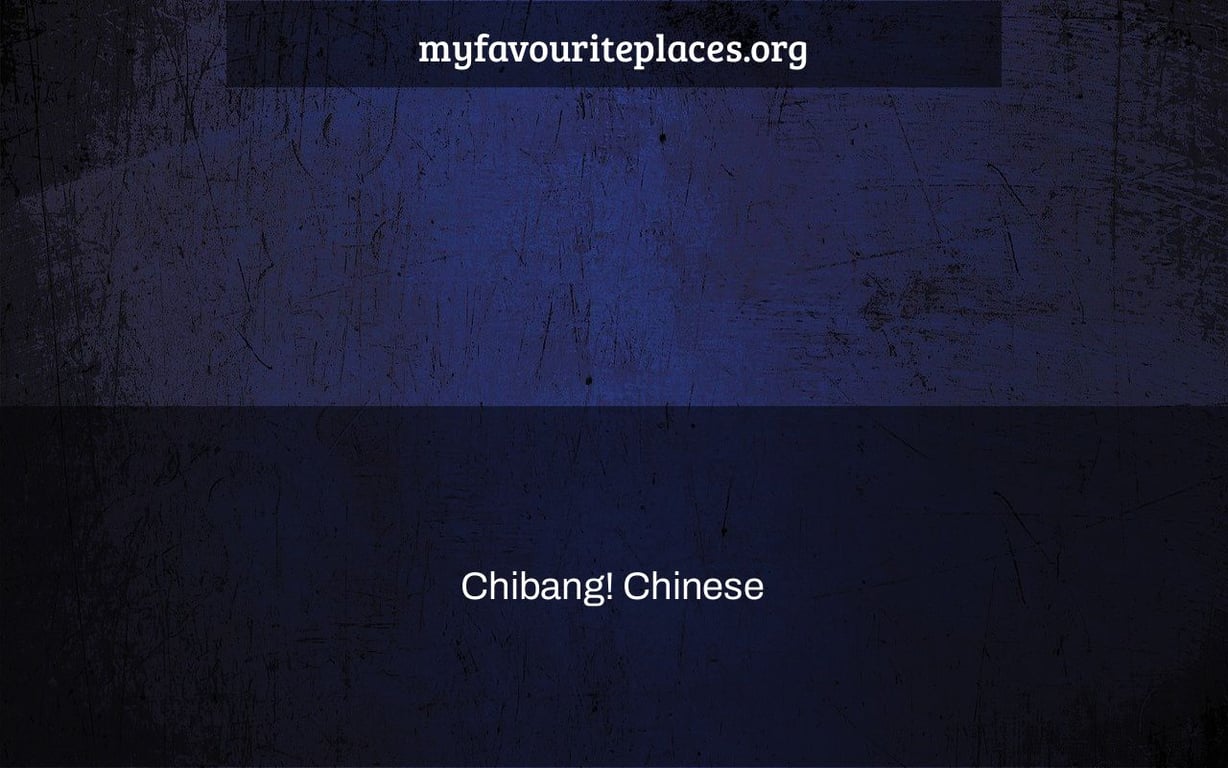 When it comes to eating on a cruise ship, the most difficult element might be determining what everyone in your company wants to eat. 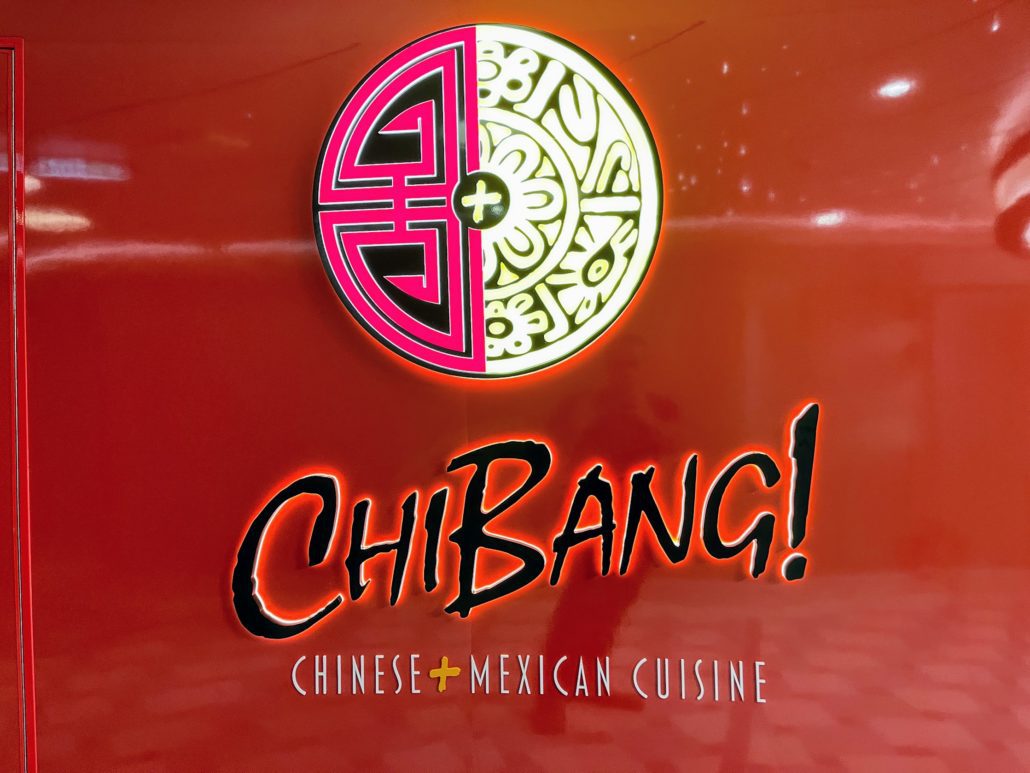 Main dining room menus make their utmost to cater to a wide range of tastes, while speciality restaurants, whether gratis or for a fee, tend to be more focused.

However, Chibang!, one of numerous new locations on Carnival Cruise Line’s Mardi Gras, adds a twist by combining two unique cuisines — Chinese and Mexican — on one menu. The best part? This fantastic small place is included in your cruise cost, at least for the time being. 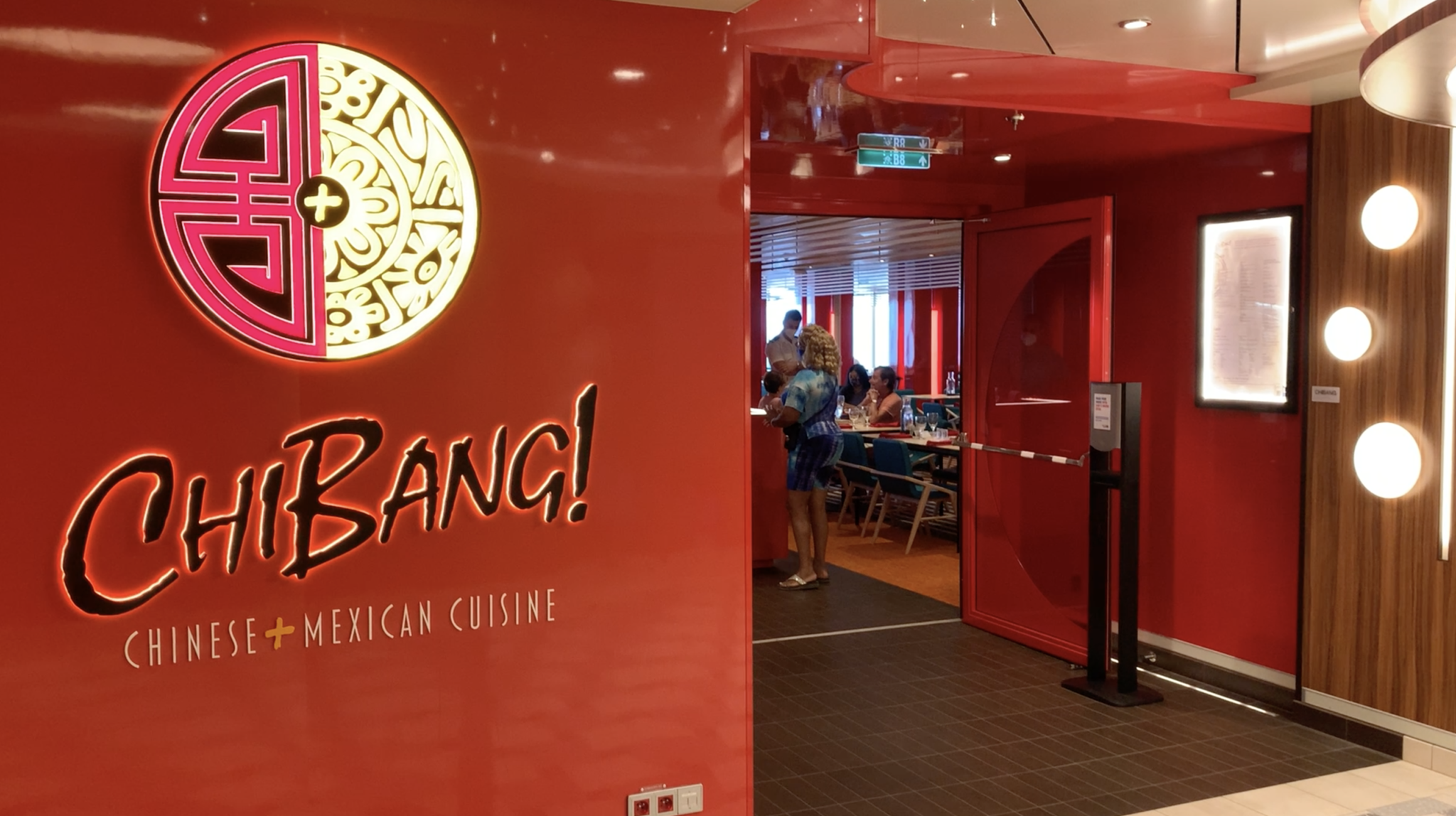 For our trip, Chibang was open for lunch on sea days and supper every night. We went to Chibang twice since we wanted to taste both the lunch and supper menus.

Chibang serves a sit-down meal where you place your order by indicating what you want on a paper menu.

There are two menus — one with Chinese options and the other with Mexican options — that are extremely comparable in certain aspects.

Standard noodle or burrito bowls are available, or you may “Make Your Own” by choosing your protein, noodles, veggies, and sauce, as well as whether you want it stir-fried or in a broth. Each meal also includes a dessert option. 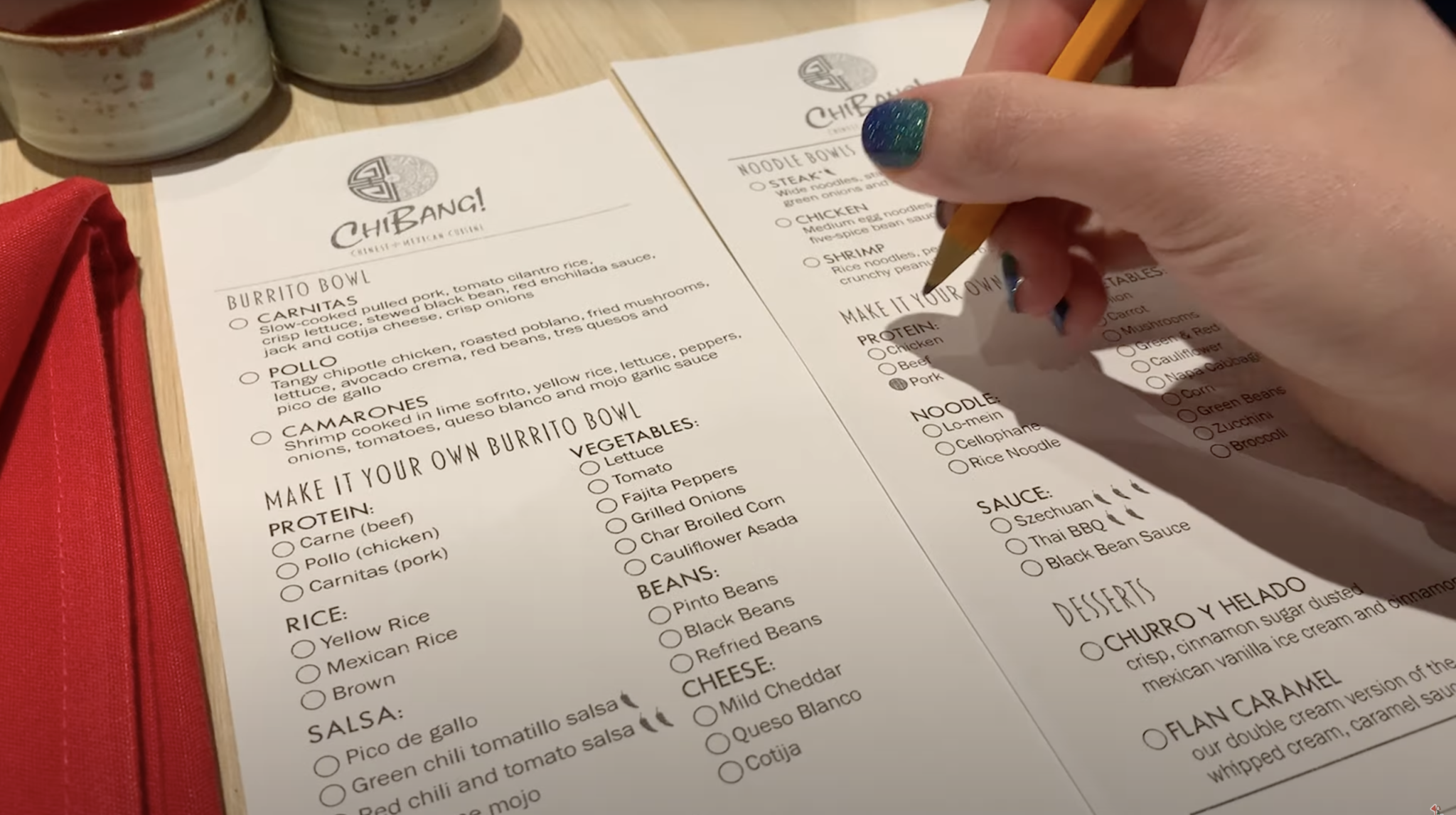 It’s a good thing I didn’t have breakfast since I wanted to sample the “Make Your Own” Chinese and Mexican dishes, as well as the desserts.

Both the burrito and noodle bowls were tasty, but I preferred the noodle bowl. I’d want to try my Chinese bowl prepared in broth instead of stir-fried the next time I’m at Mardi Gras, since I didn’t get to do so this time. 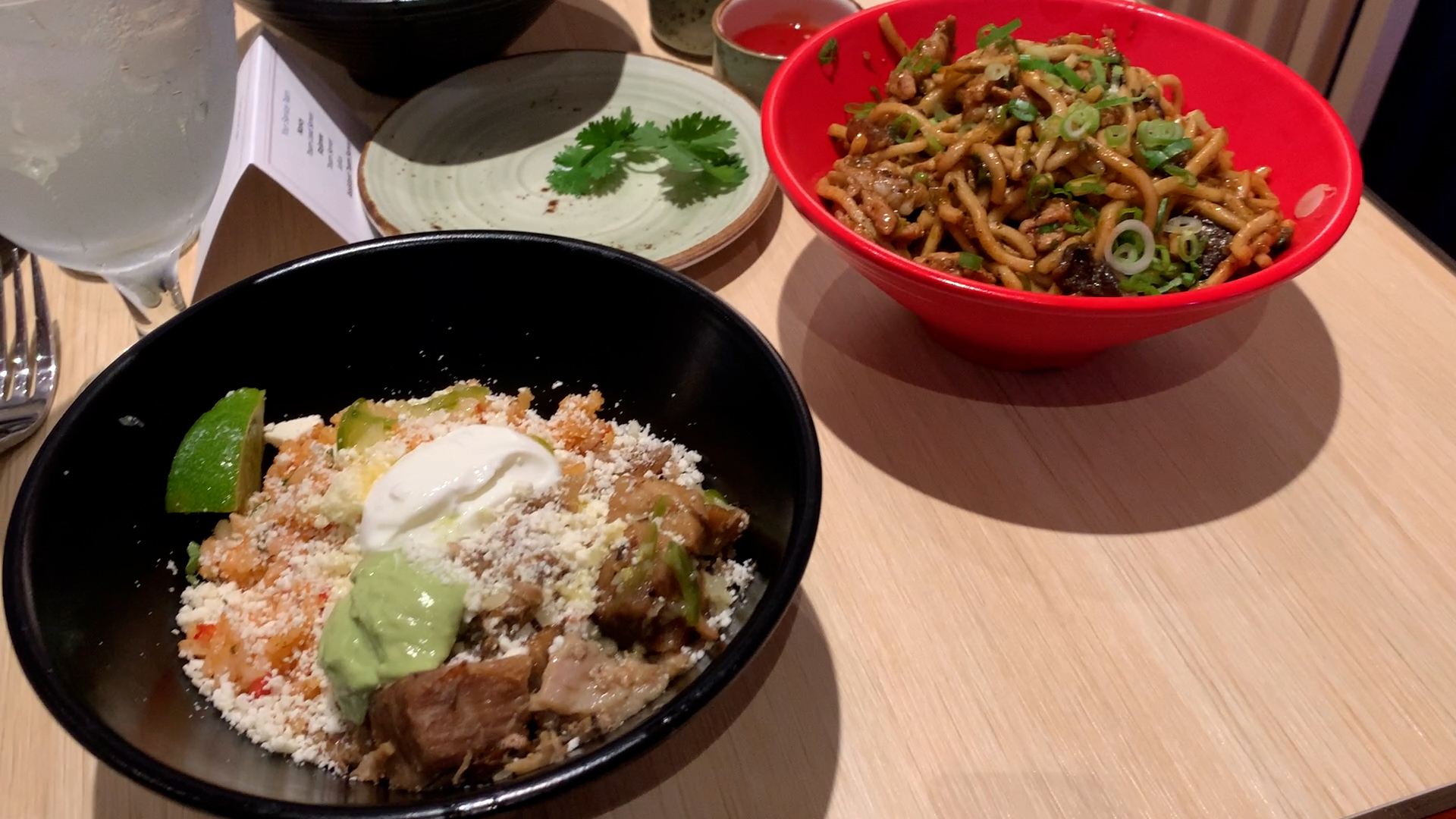 The Churro Y Helado was not really spectacular in terms of dessert. It was fine, but the churro wasn’t as fresh as it could have been, so it wasn’t as tasty as it might have been. 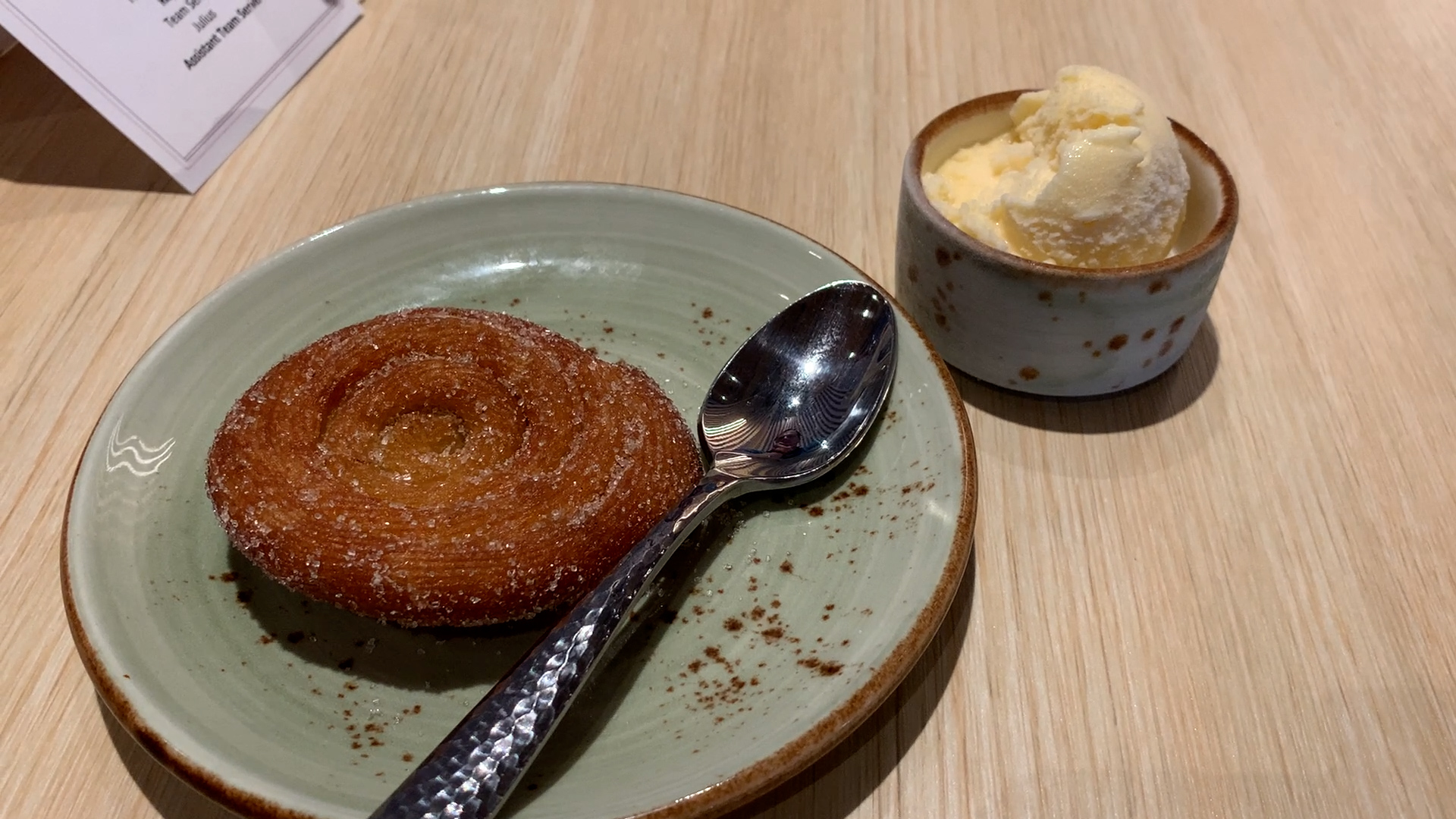 Flan Caramel, the second dessert, wasn’t especially memorable, but it was adequate for flans. I’d go with the flan over the other. 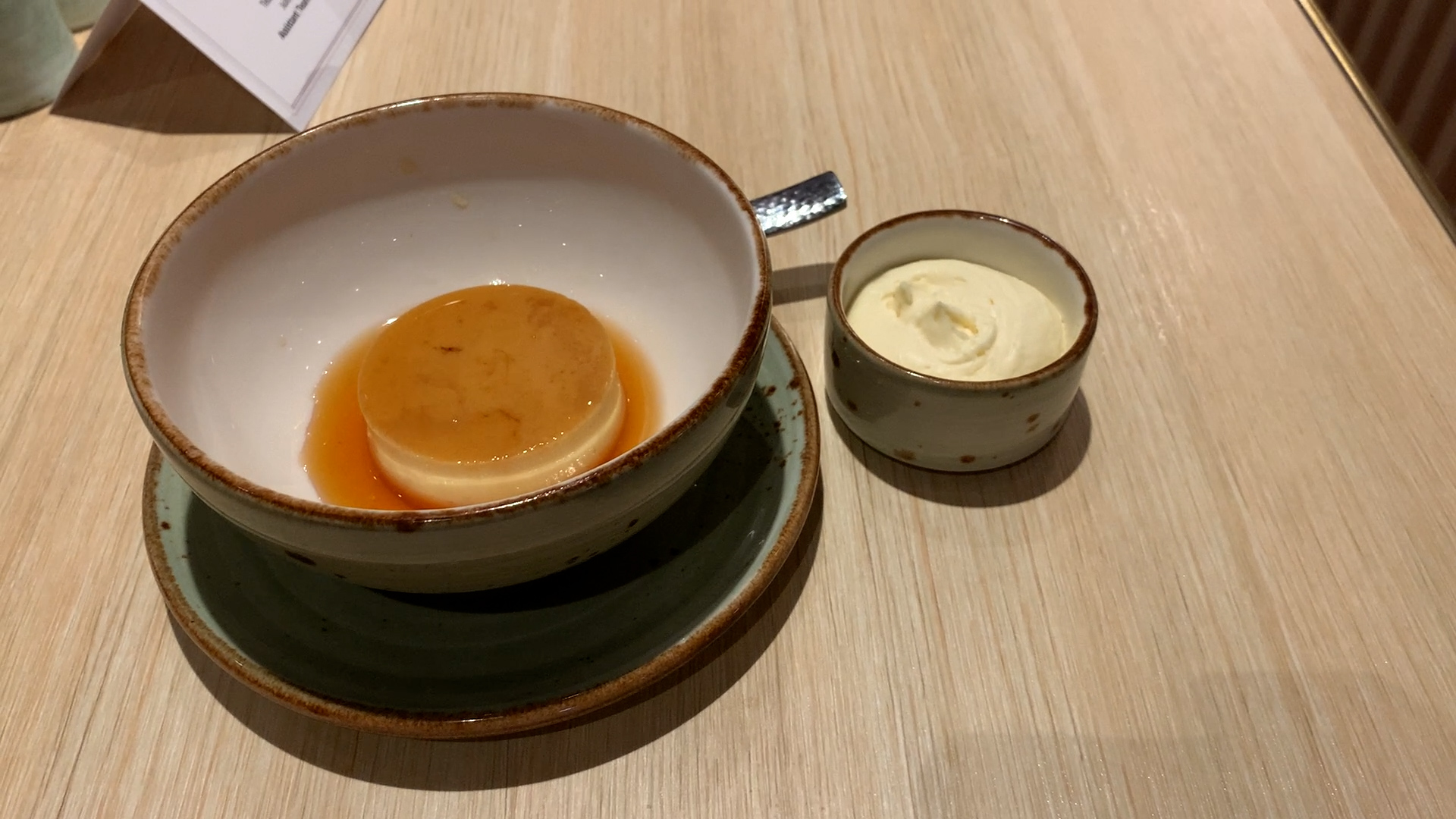 Chibang’s dinner was a conventional sit-down dining event. The menu was brought up on my phone by QR code, as it did everywhere else on the ship, which made ordering from this restaurant a little hard since I wanted appetizers, main courses, and all of the desserts from both the Mexican and Chinese menus, which are put out separately. 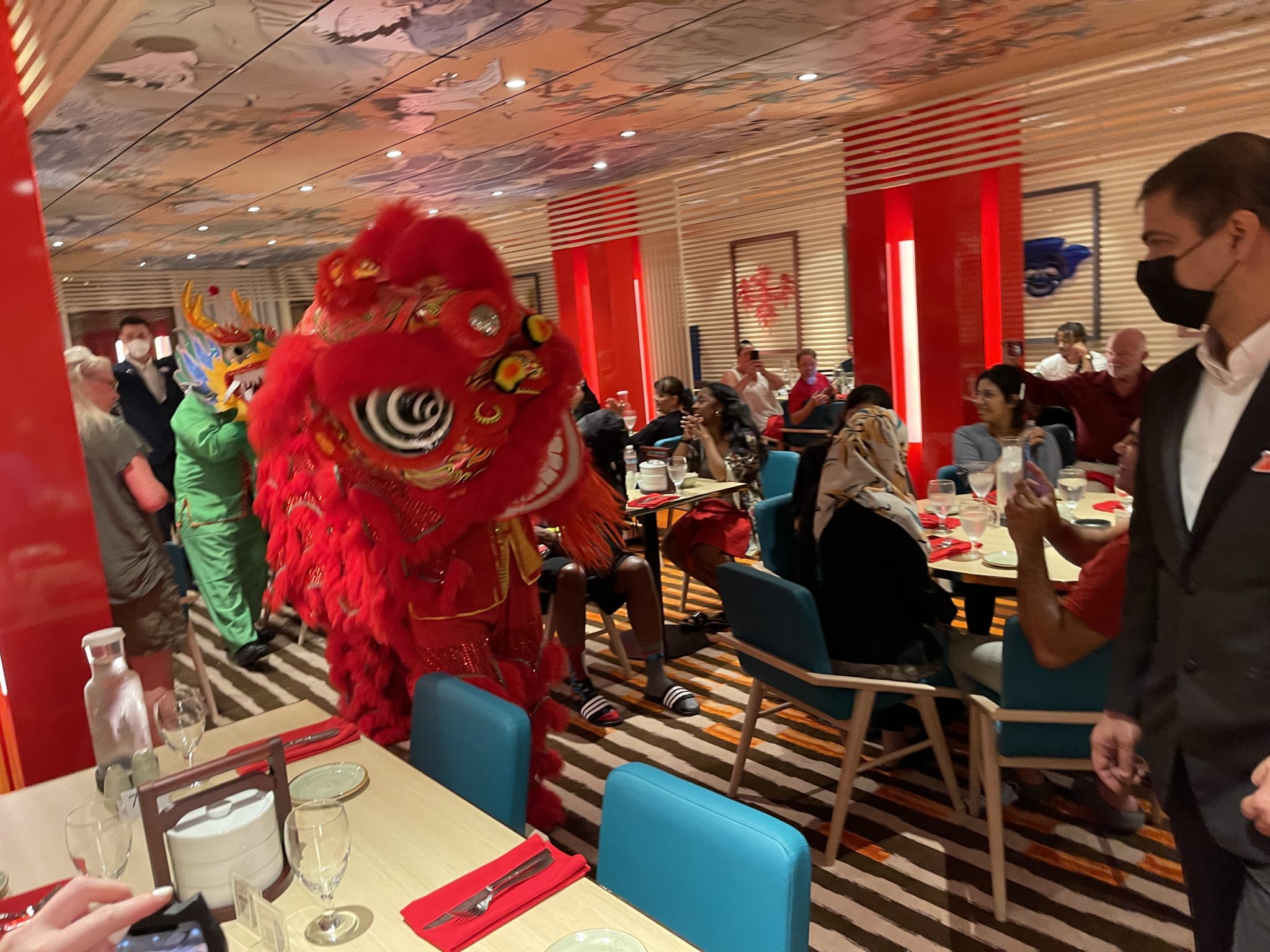 We sampled a broad variety of foods from the supper menus, and the quality varied greatly. The Simple Greens Salad, Queso Fundido, Carnitas Tacos, and Chocolate C-Bang dessert were all “blah” (more on that in a moment).

The Mapo Tofu (order it with the noodles), Pescado Frito, and Coconut Tres Leches were the “greats.” And yes, we did consume all of the food! 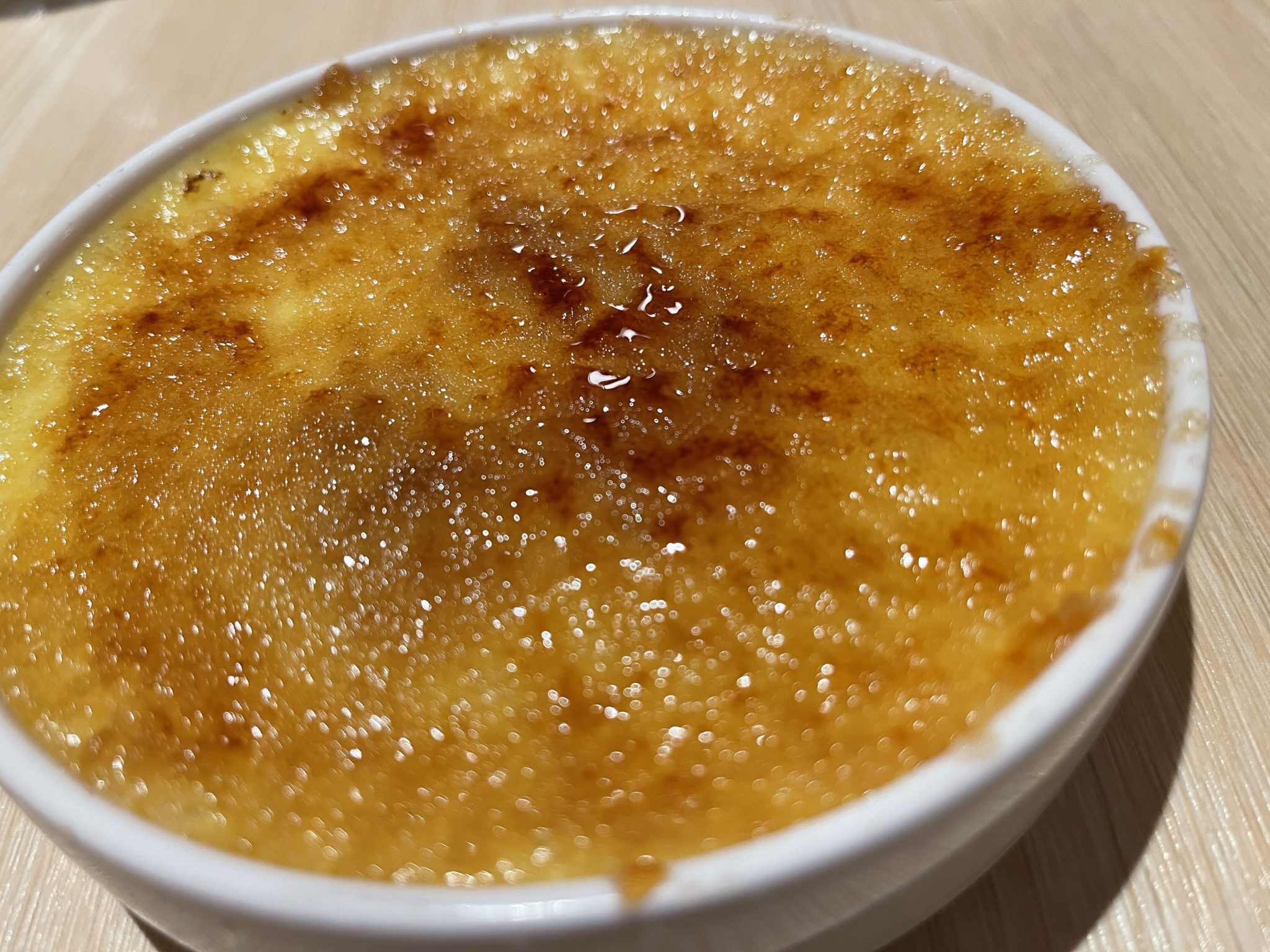 This was a huge disappointment for me since I love chocolate, and whether we received an overdone portion or one that had been left out too long, it was dry and dull, and absolutely not worth the calories. 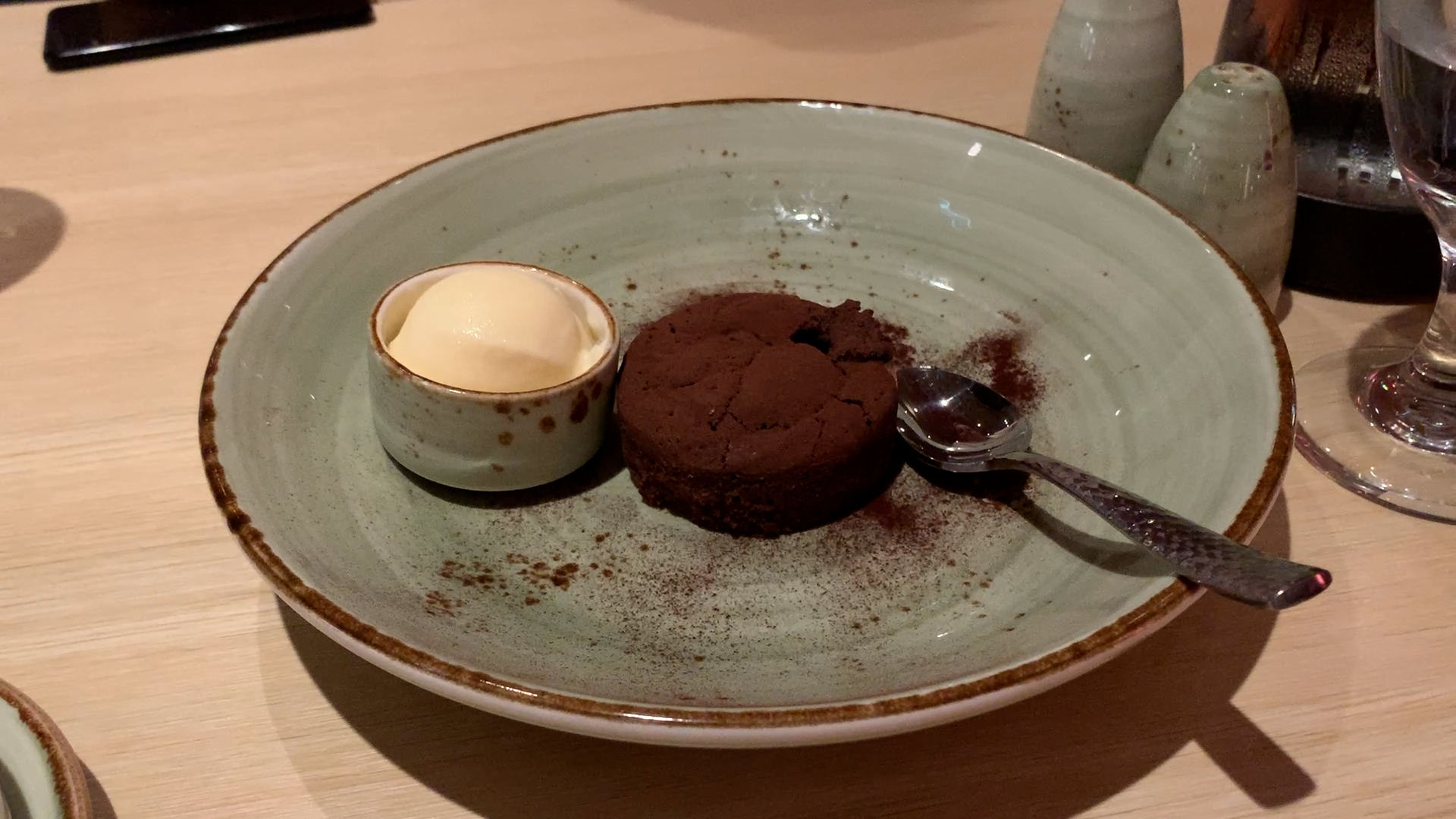 It’s worth mentioning that the Crema Catalana is essentially a flavored crème brûlée among the “goods.”

If you enjoy crème brûlée, you’ll like this dish. I’d probably avoid it if it weren’t for the fact that it was free. Also, despite the fact that one shrimp was named “chili” and the other “diablo,” neither was really hot, which was a letdown. 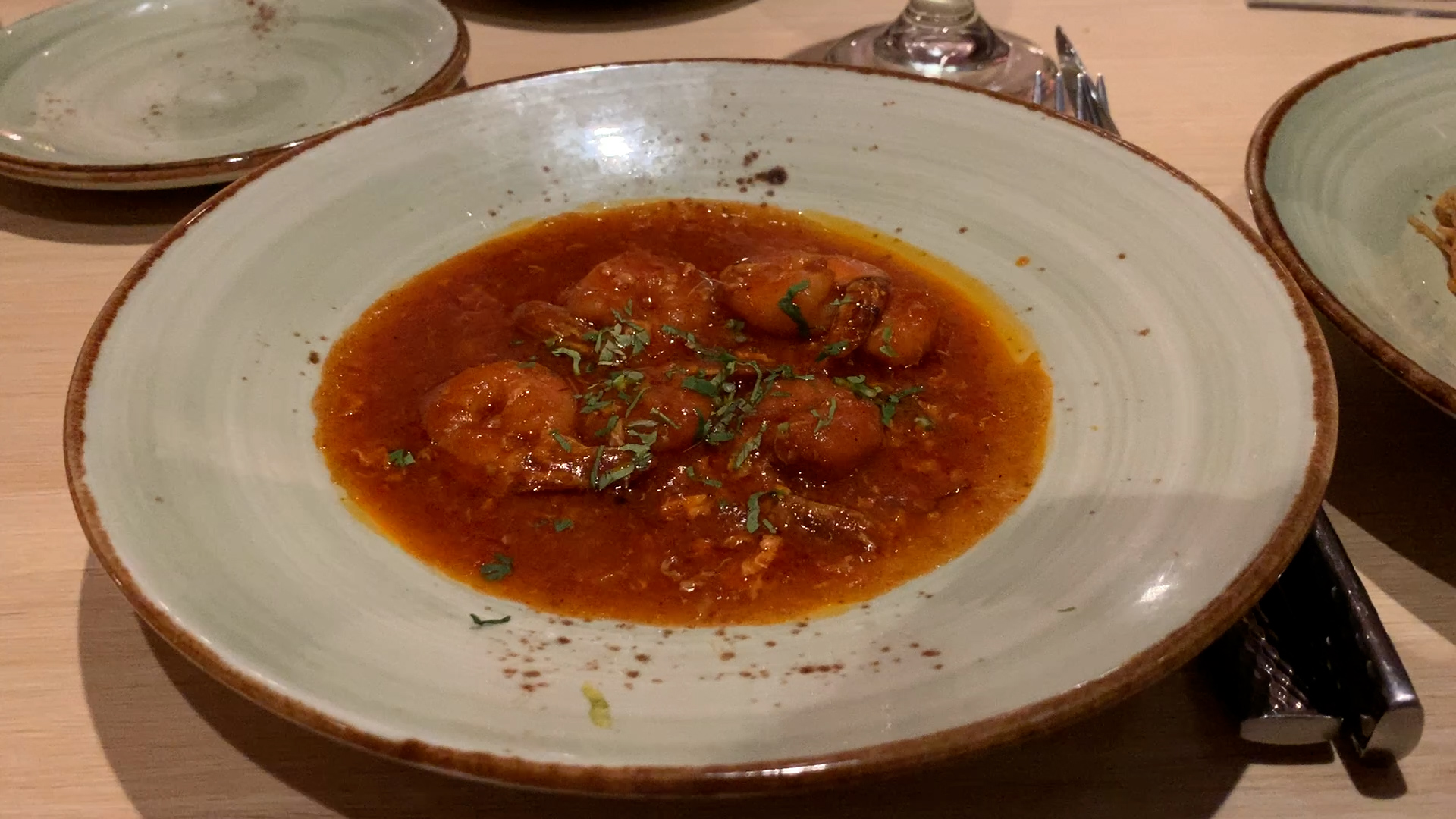 Now it’s time for the “greats…”

The Frito Pescado was delicious. The fish was soft and precisely cooked, and it was wonderfully crispy with a great touch of spiciness.

We pondered returning the next night, but there were so many other food alternatives aboard that we were never able to make it back to Chibang! 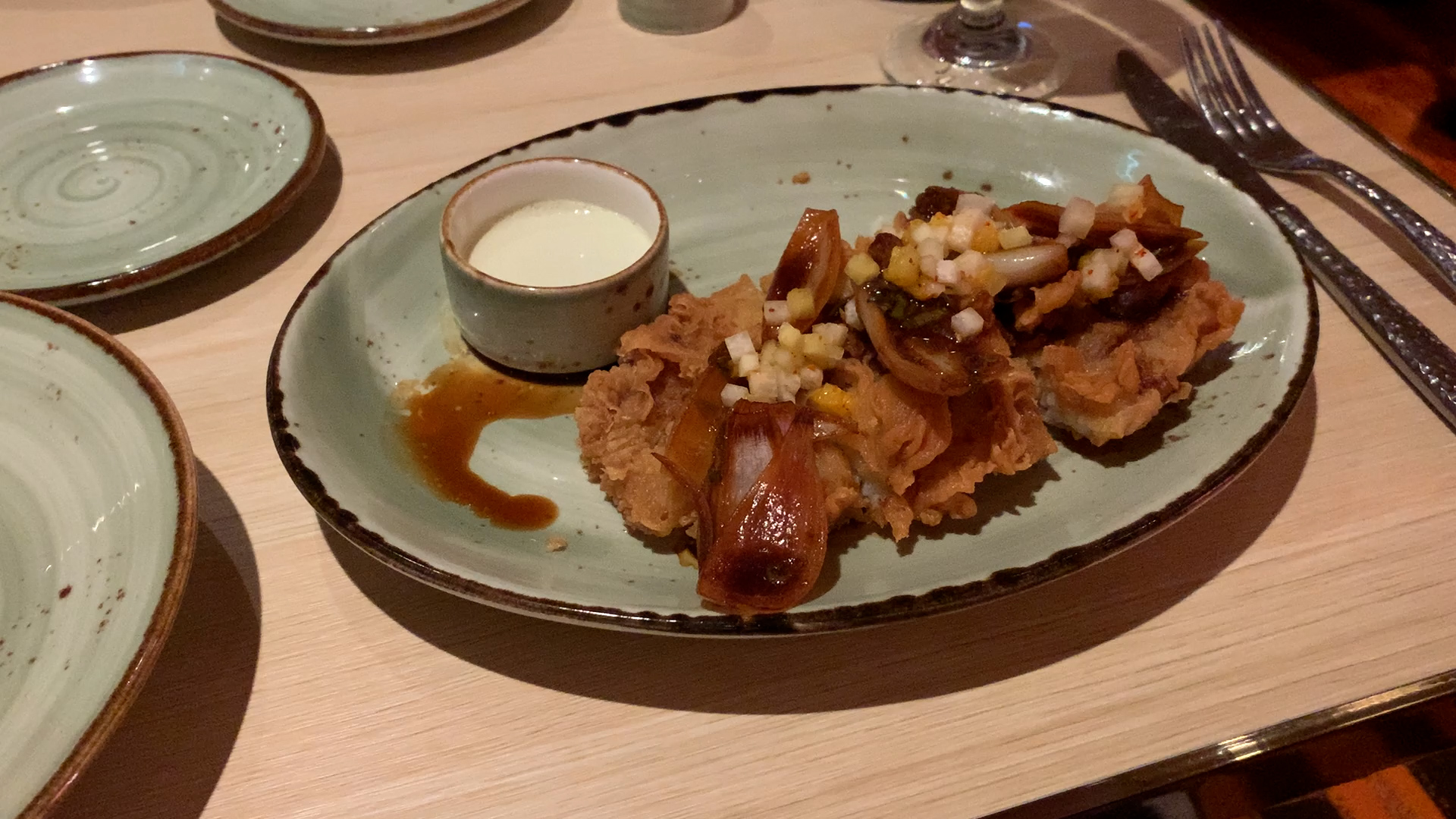 The Mapo Tofu was also excellent — better than we had anticipated, given that the dish (which is often rather hot) was described on the menu as “mildly spicy.”

Consider this a word of caution when choosing this dish: if you’re hoping for something “mildly” spicy, get something different or, at the absolute least, order a “back-up” dinner in case this becomes too hot to handle.

In addition, this form of Mapo tofu was vegetarian, unlike most Mapo tofu is “flavored” with pig. While I like it with pork, this was fantastic. 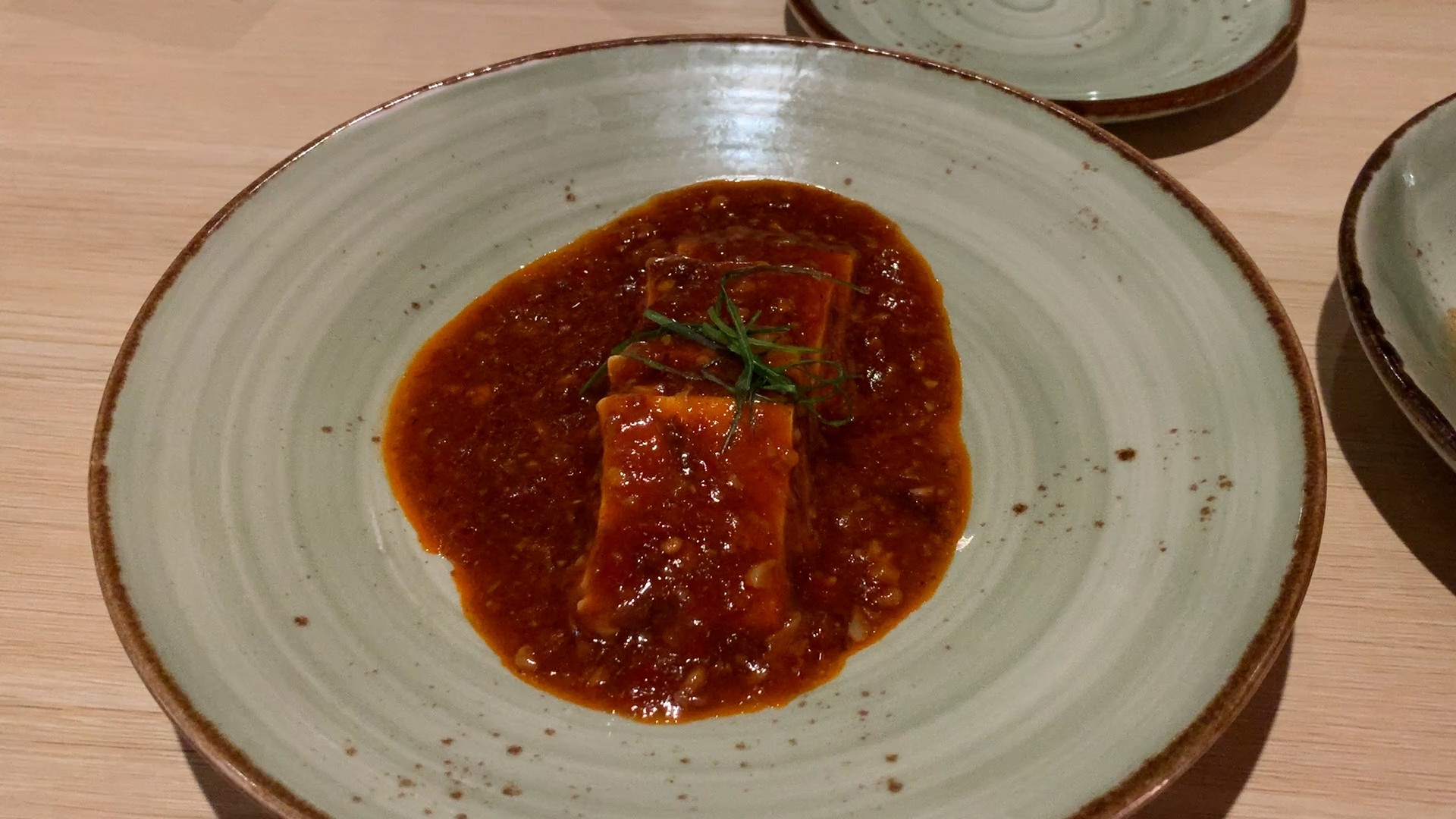 The Coconut Tres Leches cake was perhaps the most unexpected item on the menu. We were expecting it to be our least favorite dessert, and we just got it to compare the three.

Nonetheless, this turned out to be not just the nicest dessert, but also one of our favorites from the whole menu. Another reason it surprised us was that neither of us likes coconut, yet the flavour here was mild and not at all overpowering or cloying. 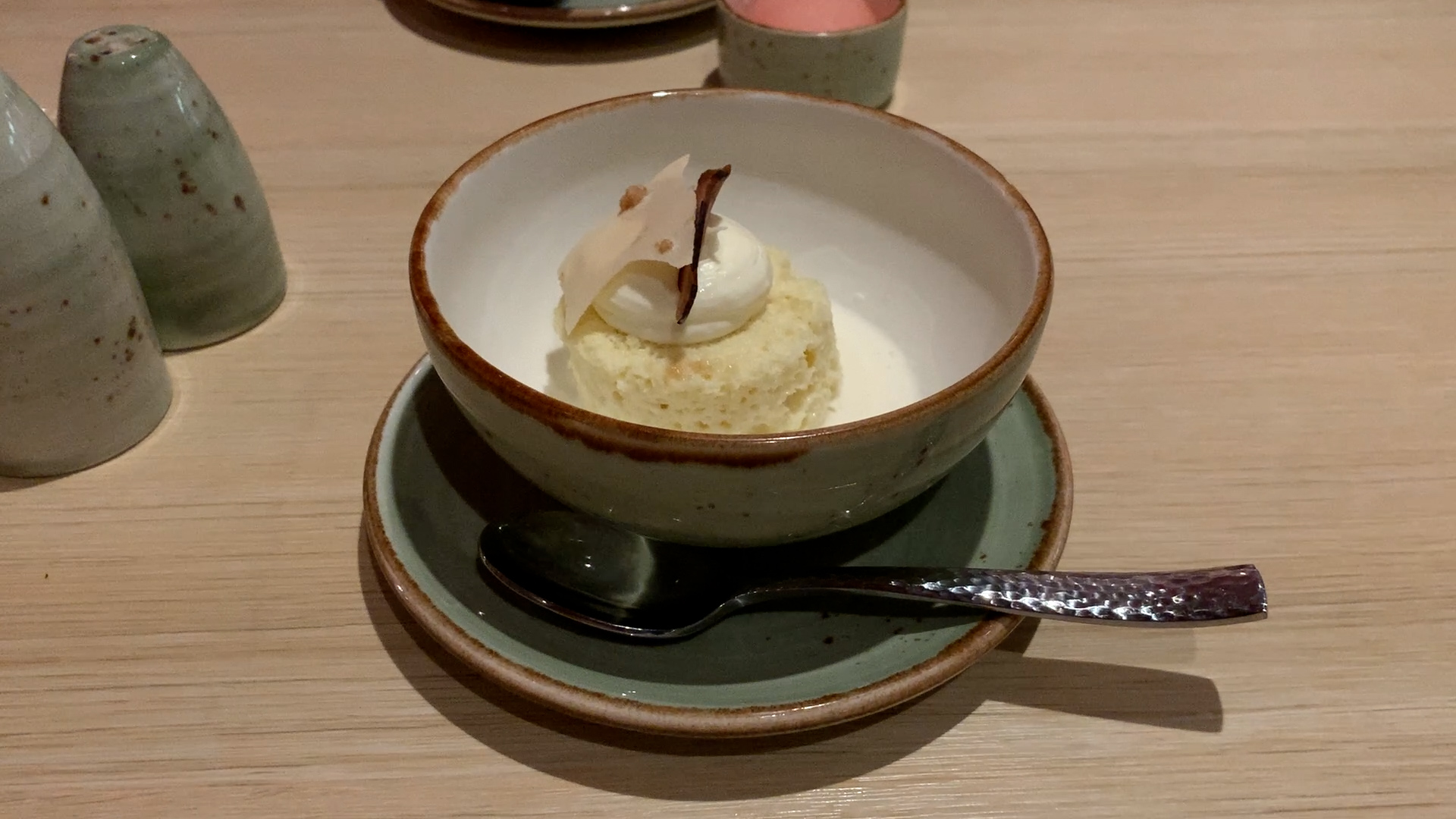 There were various drinks that went along with the theme — or should I say themes — of the restaurant, as there were at most Mardi Gras establishments. We skipped the cocktails since we didn’t have the Cheers! package, but you can see the beverages — along with their components and costs — below.

Everything Else You Should Be Aware Of

Chibang, which one would think to be a for-fee restaurant, has been included in the price of the cruise voyage since Mardi Gras was established.

Of course, although that is still true at the time of writing, it isn’t to say that it can’t or won’t alter in the future.

But I hope it doesn’t, since it’s good to have such a unique location as a free eating alternative. 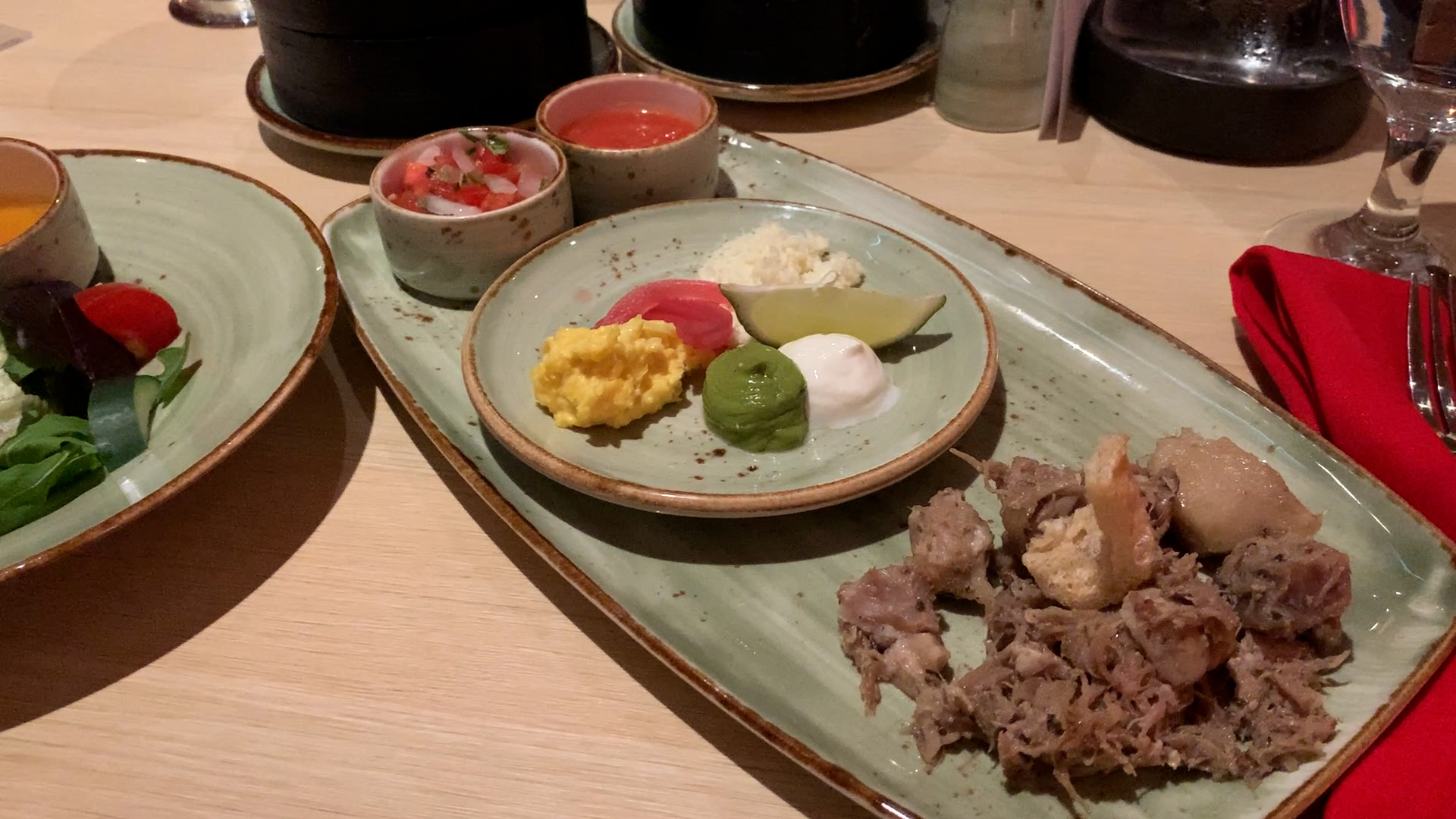 Chibang, like Cucina del Capitano on this ship, provides both for-fee Steakhouse Selections and a modest selection of main dining room staples (here listed under “& More”) that are accessible free of charge.

If a visitor can’t find anything to eat on the Chinese, Mexican, or normal menus, they may not be hungry.

Will I return to eat there?

I will certainly return to try some other goods and repurchase the ones that we like. The menu is rather extensive, so it would be wonderful to return and sample some of the foods we missed on our earlier trip. 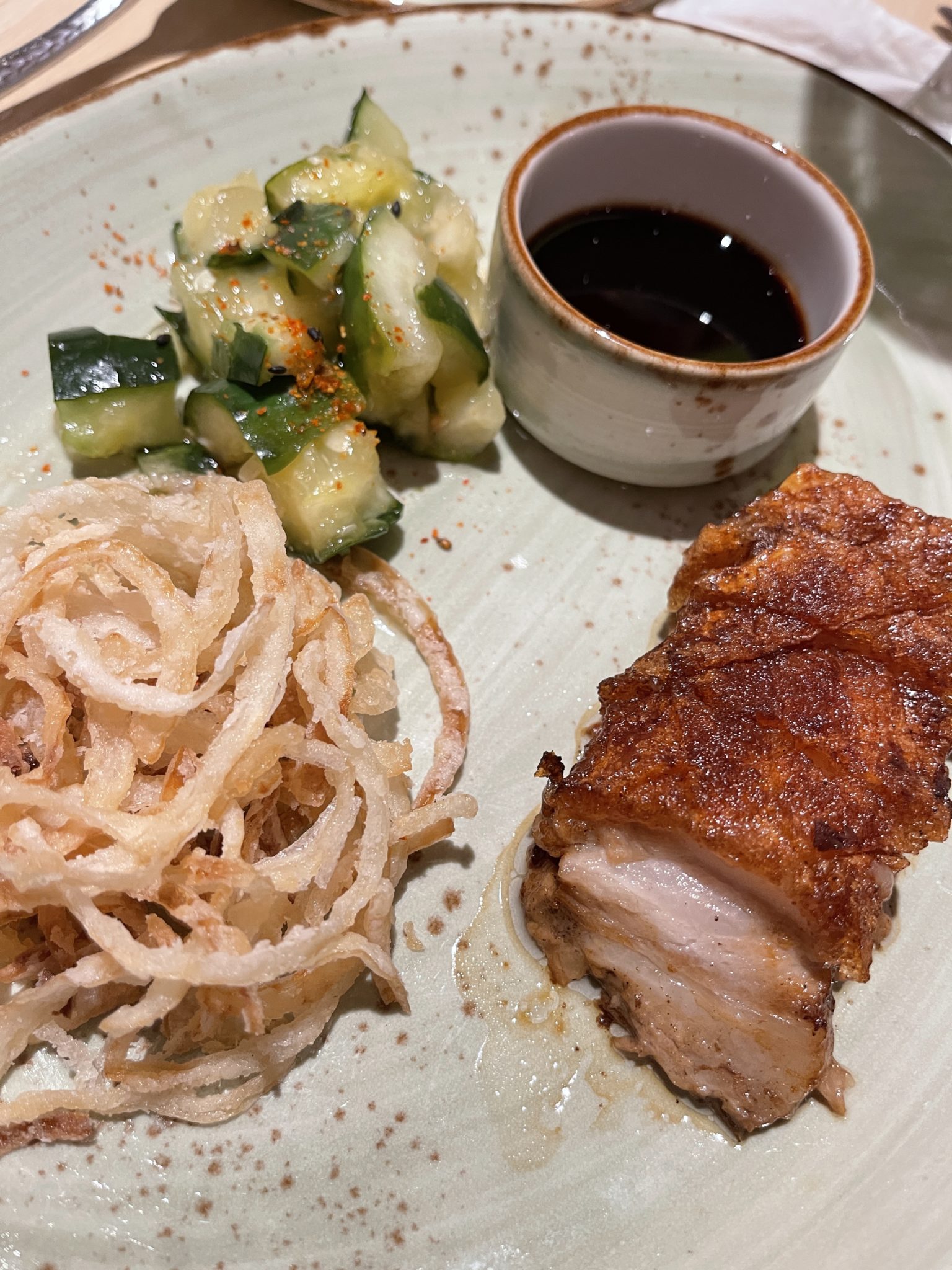 READ NEXT: BOLT, the First Roller Coaster on a Cruise Ship, Review 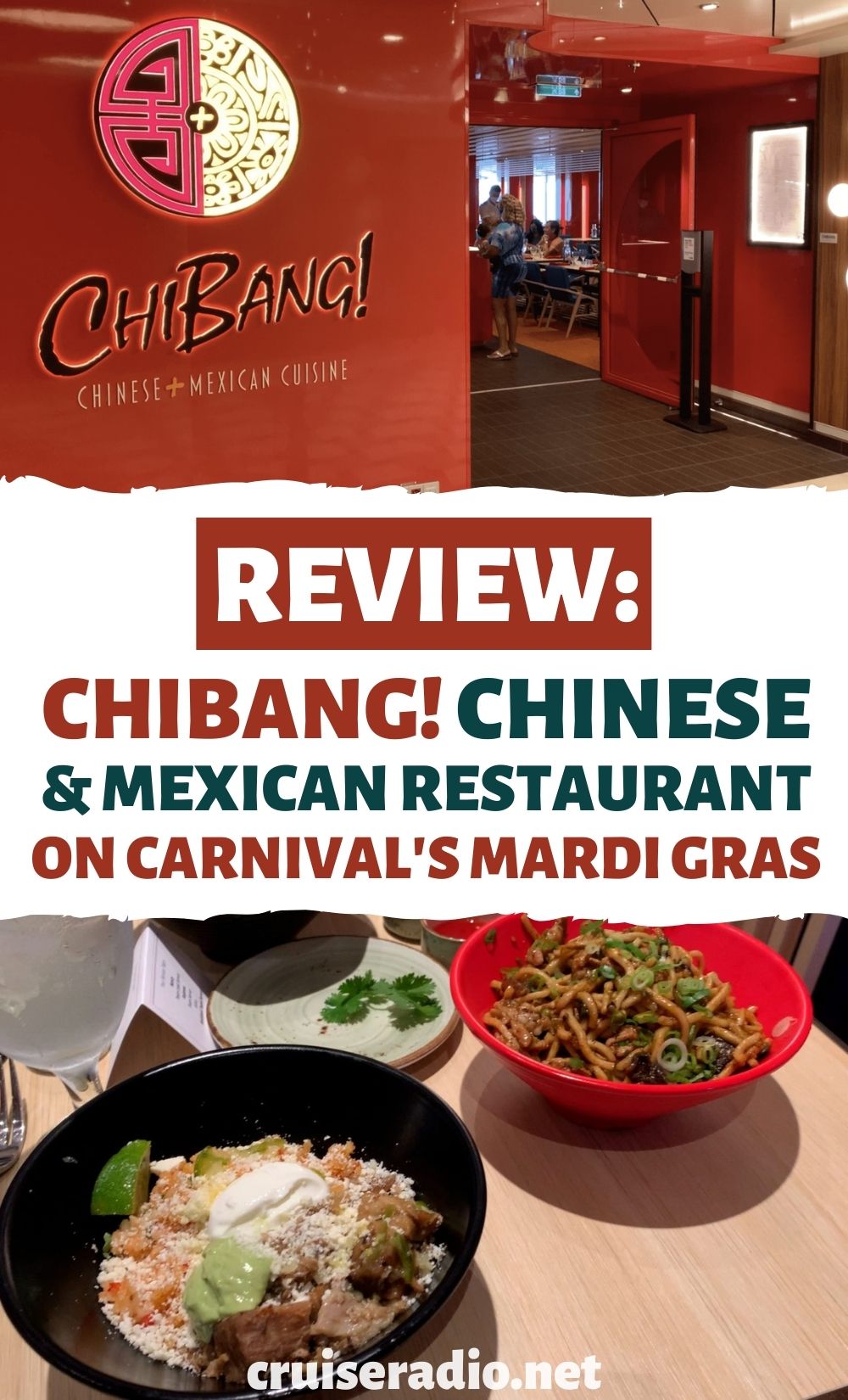 The “google translate” is a website that allows users to translate text between different languages. The “Chibang! Chinese & Mexican Restaurant on Carnival’s Mardi Gras.” is a restaurant located in New Orleans, LA.