Lucille O’Neal, who is the mother of NBA Hall of Famer Shaquille O’Neal, christened Carnival Radiance. 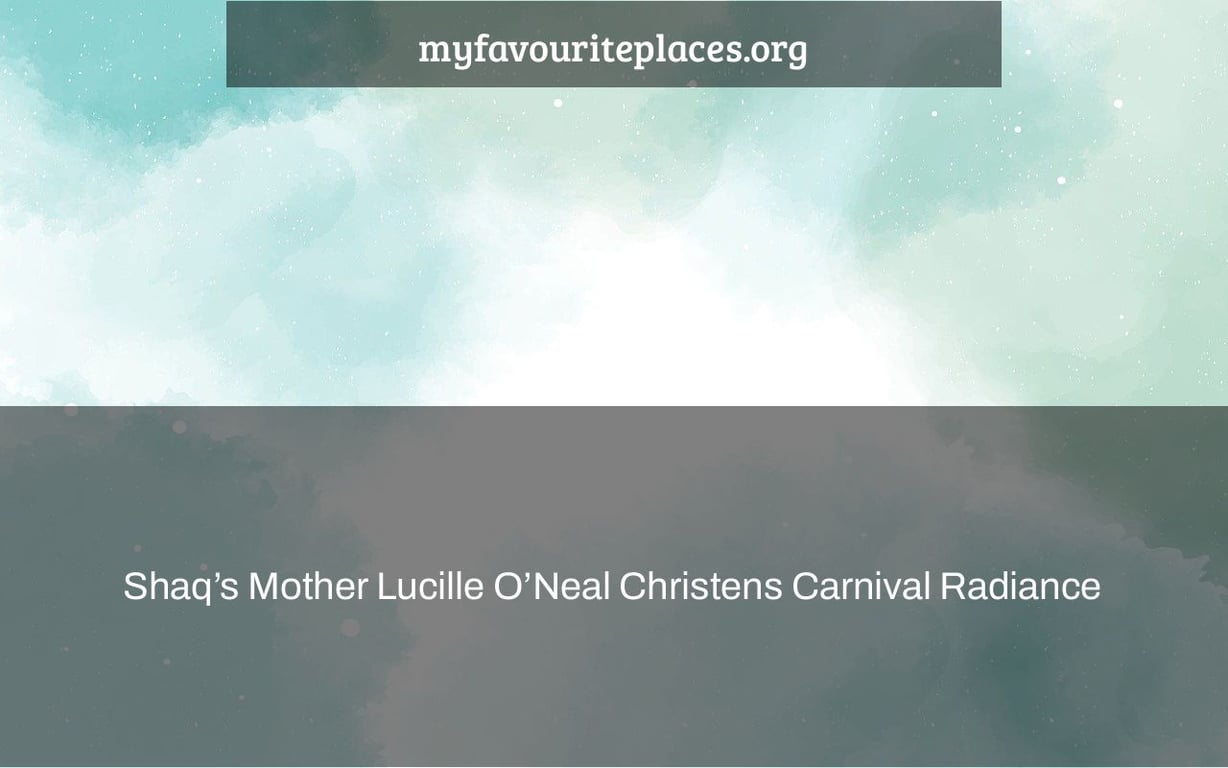 The Carnival Radiance was christened on Dec. 12 at Long Beach, Calif., in the presence of the ship’s Godmother, Dr. Lucille O’Neal, and her son, Carnival Chief Fun Officer Shaquille O’Neal.

Carnival Radiance was formerly known as Carnival Victory, but was renamed following a $200 million bow-to-stern refurbishment. Along with the Carnival Panorama and Carnival Miracle, it is Carnival’s third ship that sails year-round from Long Beach.

The naming ceremony started with a film featuring Carnival Radiance crew members preparing the ship for passengers, titled “We Are Family.”

“We are beyond pleased to finally welcome her to the West Coast and to our fleet,” said Christine Duffy, president of Carnival Cruise Line. “Carnival Radiance has all of Carnival’s fan favorites and more.” “Having Shaq’s mother, Lucille, as the ship’s godmother has made it even more memorable.” Lucille is an outstanding speaker who offers her time and expertise to a variety of charity causes.

Lucille O’Neal was presented with a $25,000 grant from Duffy to the Odessa Chambliss Quality of Life Fund, which celebrates Lucille’s mother’s lifelong achievements as a nurse. The major goal of the fund is to give financial assistance to students pursuing careers in nursing and teaching.

The O’Neals assisted in the ceremonial christening of the ship by pouring champagne over a traditional ship’s bell. During the climax, the City of Refuge Sanctuary Choir from Gardena, Calif., sang a gospel version of “We Are Family” as event goers waved light sticks.

Lucille O’Neal said, “What a special evening it was to celebrate the debut of Carnival Radiance with my son by my side in what truly felt like a ‘We Are Family’ event.” “It’s been an honor to be a part of these wonderful events, so I can only image how fantastic it will be for visitors to cruise onboard this magnificent ship — they’re going to adore it.”

The ship was set to set sail on its first four-day voyage on Dec. 13 from the Port of Long Beach. The Carnival Radiance will sail to Ensenada on three-day cruises and to Ensenada and Catalina Island on four-day cruises. Carnival Panorama offers week-long cruises around the Mexican Riviera, while Carnival Miracle offers four- and five-day Mexico cruises.

The public areas have also been updated, and the ship’s hull now has the line’s new red, white, and blue livery, which is inspired by its flagship, Mardi Gras.