Destination D23 is a three-day event that Disney hosts every year. The event is held in Anaheim, California and it’s the place where all of the new information about Disney’s upcoming attractions and movies are revealed.

Disney’s D23 convention for this year was a mic drop of information, from the new Star Wars resort to sneak peeks at life in Wakanda. Here are some highlights you might have missed.

“Destination D23, A Fan-Tastic Disney Celebration,” sponsored by Topps and D23, the official Disney Fan Club, brought together Disney fans from across the world at Disney’s Contemporary Resort in Walt Disney World and at home via livestream.

As the resort continues its 18-month anniversary celebration of the half-century milestone, the weekend featured extensive looks back at Walt Disney World’s 50-year history, but it also included a slew of announcements about new offerings launching worldwide across Disney’s theme parks and resorts, as well as the return of a number of beloved experiences that had been suspended during the pandemic.

Here’s a rundown of the most important announcements made during Destination D23. 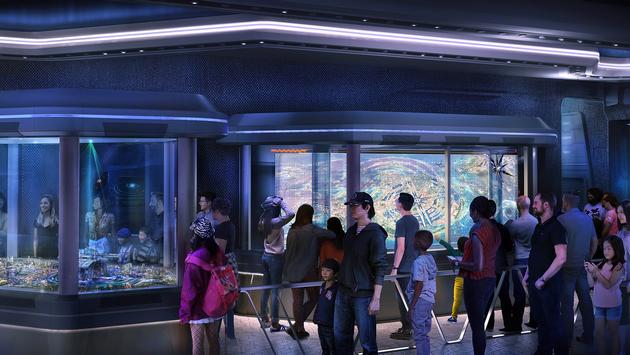 In Summer 2022, Guardians of the Galaxy: Cosmic Rewind will be released.

Connections Café and Eatery will open at EPCOT’s World Celebration section as a new quick-service restaurant. Electric Umbrella will be replaced by the new restaurant. 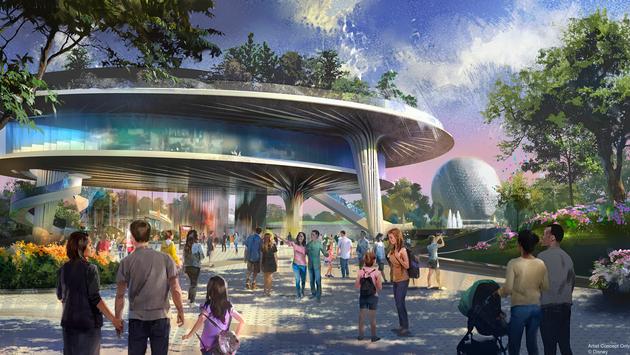 The transformation of EPCOT will be finished in 2023.

The renovation of EPCOT’s Future World region will be finished in 2023, according to Walt Disney Imagineers, and the park will also get a new original score soundtrack by Pinar Toprak.

In 2022, some of Walt Disney World and Disneyland’s most popular events and live entertainment will return. The Festival of Fantasy Parade is returning to Magic Kingdom, along with an upgraded stage performance, Mickey’s Magical Friendship Faire, which will have a new opening and conclusion, as well as a new original song, “Where the Magic Feels Like Home,” at Walt Disney World. Disney Adventure Friends Cavalcade will debut in Magic Kingdom, featuring Disney and Pixar characters such as Nick Wild and Judy Hopps from “Zootopia,” the Incredibles, Mulan, Moana, Miguel from “Coco,” Merida, Stitch, and more.

Fantasmic!, the famous evening spectacular at Disney’s Hollywood Studios, will return with a brand-new section and new-to-the-show characters. A revamped Finding Nemo musical will be named “Finding Nemo: The Big Blue and Beyone” and will take place in the timeframe of “Finding Dory” at Disney’s Animal Kingdom.

With the return of Fantasmic! in 2022, the Disneyland Resort’s nights will become a lot brighter. as well as Disneyland Park’s Main Street Electrical Parade and Disney California Adventure Park’s World of Color. 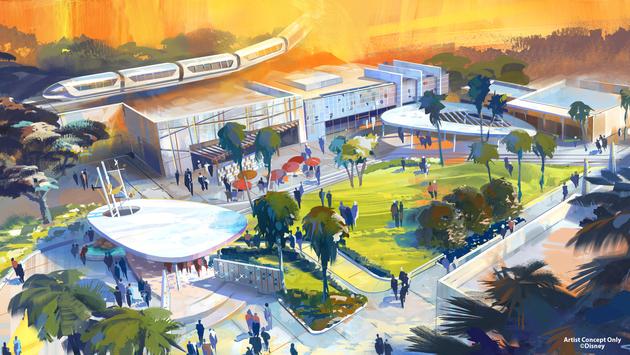 Aerial View of the Downtown Disney District (Photo via Disney)

In January 2022, a multi-year effort to remodel the AMC Theatres building and surrounding area in Disneyland’s Downtown Disney District will begin. The neighborhood will be transformed into a new lifestyle place influenced by mid-century modern architecture from Southern California, with open green space and new retail and eating options.

The Disneyland Resort Will Get MagicBand+ and “Hey, Disney!”

In 2022, Disneyland will have the “Hey, Disney!” voice assistant, which was originally announced for Walt Disney World. The service works with Alexa on Amazon’s Echo devices and will be available in Disneyland Resort hotel rooms starting next year.

The upcoming Disney Vacation Club Tower at the Disneyland Hotel has been given further details and concept art.

The construction of a new Disney Vacation Club tower at the Disneyland hotel is still underway. Classic Walt Disney Animation Studios films will serve as inspiration for the new property. A new pool and entertainment area, as well as a guest room inspired by Sleeping Beauty, were seen in concept drawings. 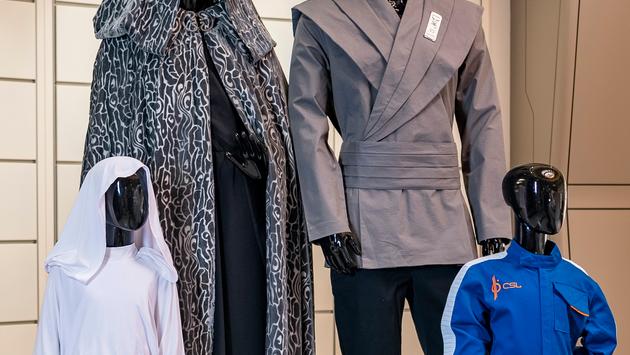 More Details about the Galactic Starcruiser from Star Wars

Disney continues to reveal additional information about Star Wars: Galactic Starcruiser, the two-day, two-night experience set to open at Walt Disney World on March 1, 2022. Walt Disney Imagineers presented visitors to some of the important characters they will encounter aboard the Halcyon, as well as new products and information on the out-of-this-world delicacies they will enjoy.

The Disney Wish, Disney Cruise Line’s newest ship, will take sail this summer, and fresh information about the onboard amenities are still being released. “Seas the Adventure,” a retelling of the animated film with a contemporary, reinvented storyline and soundtrack, and “Disney The Little Mermaid,” a reworking of the animated film with a modern, reimagined script and score, were both announced.

Aside from the new performances, Destination D23 participants were given early glimpses at two of the ship’s most interesting features. Guests were shown video from “Swiss Meltdown,” one of the two tales that will be featured on Disney’s first-ever attraction at sea, the AquaMouse aqua coaster.

Star Wars enthusiasts were also treated to an unique video. The ship’s Star Wars-themed bar, Hyperspace Lounge, will include a gigantic “window,” or very high-definition screen. Guests received an early glance at part of the film that will be broadcast out the window, giving them a glimpse of the passing planets and spacecraft they’ll view while drinking cosmic drinks in the elaborately decorated room.

New Arrivals at Disney Parks Around the World

Attendees at Destination D23 were also given some information on Disney’s theme parks across the world. On March 6, Disneyland Paris will celebrate its 30th anniversary, while Avengers Campus will debut at Walt Disney Studios Park next summer.

Subscribe to the daily email for the most up-to-date travel news, information, and offers.

Disney’s Destination D23 is the largest Disney fan event of the year. The event had a lot of big reveals, including new attractions and movies. Reference: destination disney.